There were some minor delays due to the October 2014 presidential and general elections and due to heavy flooding in Zambezia in early 2015. In January 2015, the project members of the ARF project “Mozambique: land, inclusive business & food security” started the research in Massingir district, Gaza province; and from May 2015 onwards in Maganja da Costa district, Zambezia province.

In Massingir district, over the past decade, land pressure has increased, livelihoods opportunities and food security have deteriorated. This partly can be explained by the resettlement of communities from the Limpopo National Park, in combination with expansion of sugarcane and ecotourism land concessions. This explains why communal land has been shrinking and population pressure increased in the central area of the districts. At the same time, not many of socioeconomic benefits promised by the respective investors have been materialized to date.
The project, based on participatory learning and action research, aims at communities to claim their right to participate and actively engage in the local development by claiming their land rights and right to food. Among others the project contributed to the facilitation of exchange of experiences between by land grabbing challenged communities for their mutual learning and capacity development. Communities improved to organize themselves better claiming their right to access to land and food, partly by calling on private actors to deliver on promised benefits. Detailed household surveys were conducted to get a better understanding how investments affected livelihood challenges and opportunities.

Maganja da Costa district got severely affected by floods by early 2015, in particular in the Munda-Munda area where the Dutch co-funded ORIO infrastructure development program is supposed to support the rehabilitation and expansion of an irrigation and flood control scheme.
The project has explored developments and plans of ORIO and whether and how local communities have been or shall be involved or impacted. Comprehensive community consultations revealed that communities are challenged by uncertainties about time and time again delayed infrastructure development raising concerns about their participation and (future) land and water rights. Recurrent destructive floods in the Zambezi river basin have become a major factor determining the viability and risks of infrastructural investments.

In both districts the communication and consultation between donors, investors, government and communities (especially women) has been poor. This means that investments are not taking Free Prior and Informed Consent (FPIC) by local communities seriously. Besides, local communities do not have a uniform voice, are (partly) divided without any voice for the most deprived segments, women in particular. This also complicated and complicates communications and concerted community action. Recommendations are currently being made for improved communication strategies, business practices and inclusive and green local economic development for improved livelihoods and food security.

A story of change

Marrenguele community is a small farming community of 50 families residing near the center of Massingir District, in the southeast of Mozambique. Most community members are subsistence farmers with a very low literacy level. Since the 2000s, they have been challenged by large sugar (and bioethanol) production companies, initially ProCana and upon its withdrawal more recently Massingir Agro-Industrials (MAI). 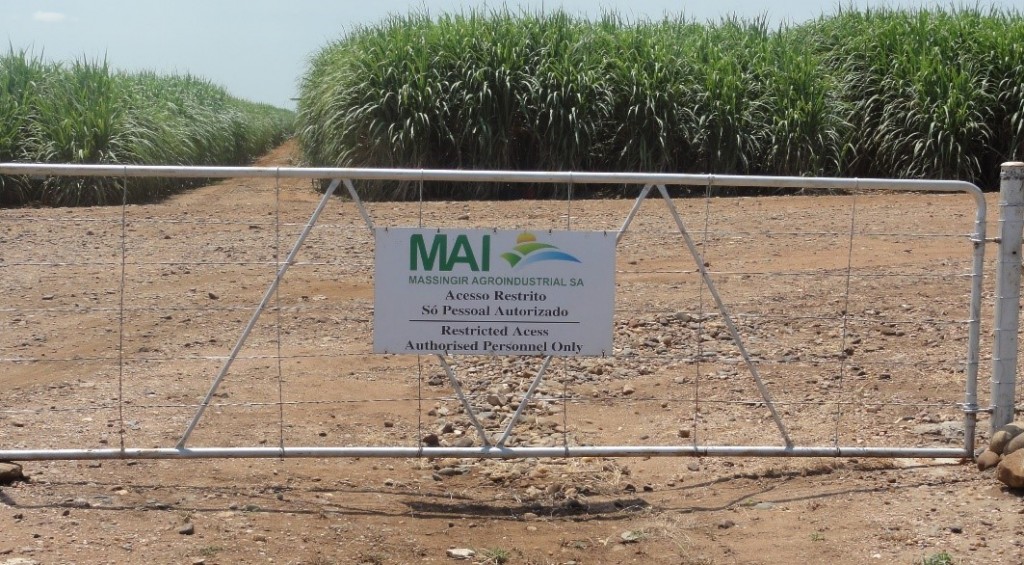 The project team worked with the Marrenguele community for the first time in February 2015. The participatory diagnosis resulted in a common understanding about the need for the community to organize itself better as to unite and be able to negotiate with a company rather than relying on their unreplaceable leader alone. 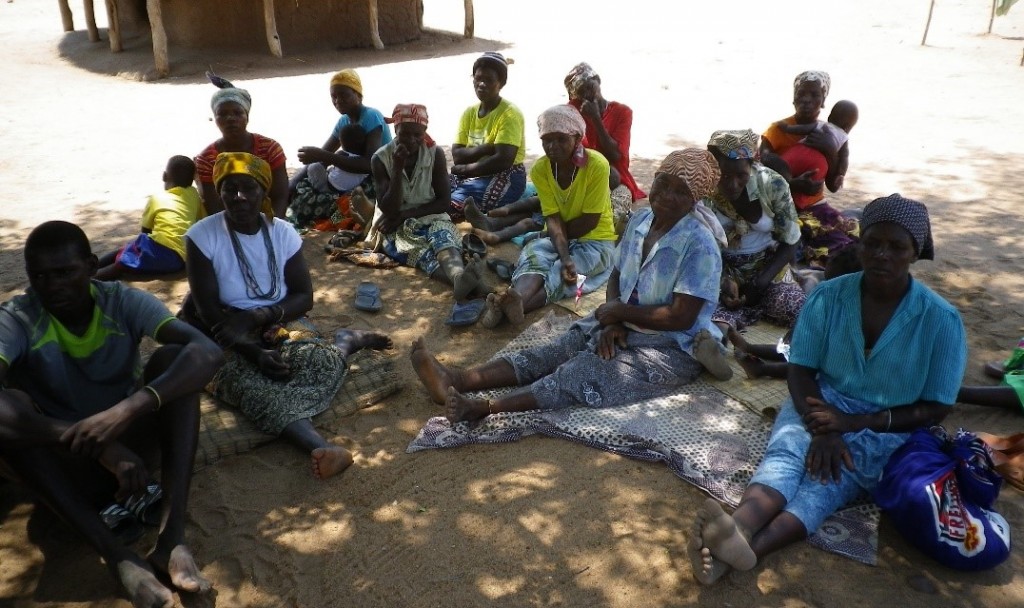 Another community called Cubo was and is under pressure from the Mozambican – South African ecotourism company Twin City. They negotiated with the company to improve or build their community infrastructures, such as the school and the community meeting room in exchange for land. They were indeed partly successful but face new land grab threats and wildlife is destroying their fields and lions are attacking their livestock.
Cubo has a young community leader not being perceived as a traditional leader. This young leader made sure that the negotiations with the company took place in the presence of representatives for the whole community.
The contrast with the Marrenguele community was remarkable as in Marrenguele a community committee was nonexistent. There the traditional community leader acted almost on its own with his near relatives instead of acting collectively involving all community members.

The local project partner ORAM (Associação Rural de Ajuda Mútua) facilitated a training workshop for the organization of a community structure and its operation. It included role plays about good and bad leadership and basic administration like record-keeping of community meetings and consultations with companies, district authorities and NGOs whenever they appear.

The project facilitated this training and offered some filing folders, notebooks and pens as an incentive to continue their record keeping benefiting community coherence at the same time.

The community, which initially only expressed complaints and resignation, now started to show determination that they would keep on fighting against land grabs and pressure. They also were determined to proactively negotiate for improved infrastructures, and support for their livelihoods and food security.