The seed trade in the Asia-Pacific region has been strongly affected by COVID-19 related lockdown measures. A survey in early April among seed enterprise members of the Asia and Pacific Seed Association (APSA) showed reduced demand for sowing seed of all crops, problems in seed production, and challenges to the international shipment of seed. The survey was repeated in late May to detect any changes to the situation. While seed companies continue to report the same difficulties, there are clear improvements in nearly all aspects. Pepijn Schreinemachers from the World Vegetable Center, and Kanokwan Chodchoey, Steven Layne and Weeranuch Mhadlhoo from the Asia & Pacific Seed Association (APSA) report on the second survey in this blog.

Quality seed is a fundamental input for farmers to achieve a good and reliable crop harvest. Disruptions to seed supplies may trigger changes in food production and adversely affect global food and nutrition security. It is thus very important to monitor how restrictions on the movements of people and goods, introduced to contain the spread of COVID-19, have disrupted the demand for, production of, and trade in sowing seed.

Most companies in the Asia-Pacific region continue to report a negative effect on the demand and sale of sowing seed for all crops (Figure 1). However, the intensity of the effects has become less severe. For field crops, for instance, 61% of the respondents reported a strong-to-moderate negative effect on seed sales in April, but in May this was only 38%. Most notable is the change for vegetable seed as the share of respondents reporting a negative effect on seed sales dropped from 94% in April to 65% in May, with 7 respondents (13%) even reporting a positive effect. This is likely the result of an uptake in demand for small seed packs for home gardens. This was also confirmed by several presenters during a webinar on the “Impact of COVID-19 on Seed Trade” organized by APSA and the China National Seed Trade Association (CNSTA) on 26-27 May 2020. 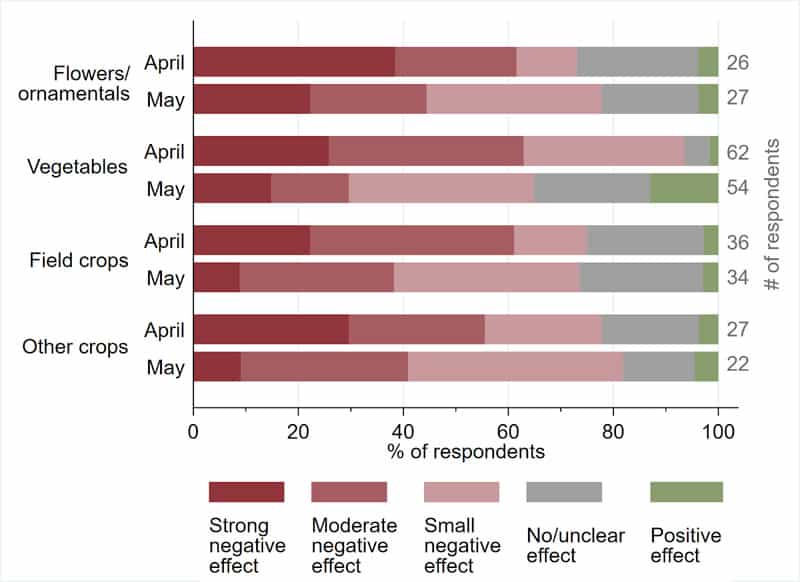 Figure 1. Effect of COVID-19 lockdown measures on the demand/sales of sowing seed for major crop categories during April and May 2020 as reported by APSA members in the Asia-Pacific region

A new question on the effects on research and development (R&D) was added. Nearly 80% reported a negative effect on R&D. During the webinar, several presenters described reduced staffing in R&D facilities, difficulties reaching field trials or even finding hotel accommodation near their field trials. This has slowed down innovation and is likely to delay the introduction of new varieties to the market in the near future.

Figure 2. Effect of COVID-19 lockdown measures on seed company business during April and May 2020 as reported by APSA members in the Asia-Pacific region

In April, 42% of the respondents reported a negative effect on new export orders. This had reduced to 28% in May, which confirms the above observations (Figure 3). However, there remain bottlenecks in the international seed trade. Chief among them is the difficulty finding air, sea or land freight: 54% of respondents reported this to be a problem in April and 44% in May. During the COVID-19 webinar it was mentioned that seed of flowers/ornamentals and vegetables is often shipped by air using spare capacity of passenger planes. Indeed, rising costs and unreliability of freight was cited as a common challenge in most countries.

Other key constraints include getting customs clearance, export permits, import permits, and phytosanitary certificates. This is often because of reduced staffing of government offices, which causes delays. In many countries, national seed associations have worked closely with government agencies to resolve these problems and this may have helped to relax these bottlenecks to some extent. For instance, some have reported that government agencies accept electronic copies of documents instead of originals. Still, about a quarter of all respondents indicated that paperwork around permits and certificates has become a problem. 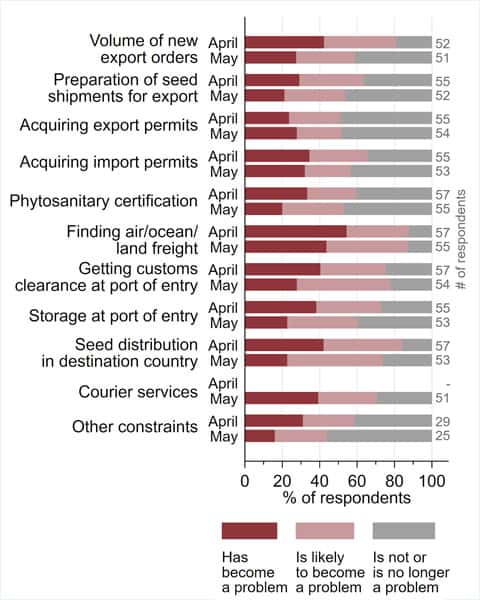 Figure 3. Effect of COVID-19 lockdown measures on the international seed trade during April and May 2020 as reported by APSA members in the Asia-Pacific region

Effects on seed companies outside the Asia-Pacific region

The data collected in May also included 15 respondents from seed companies that are APSA members, but based outside the Asia-Pacific region, including nine from Europe, three from Chile, and one each from Brazil, South Africa, and the United States. Fourteen of these companies were engaged in the vegetable seed trade, seven in the field crop seed trade, and six in seed of flowers/ornamentals. Of the sample of vegetable seed producers, 65% reported a negative effect on seed sales/demand (not shown), which is the same as for the Asia-Pacific region. However, for other types of sowing seed, respondents from outside the Asia-Pacific region reported smaller negative effects than for those from inside the region. 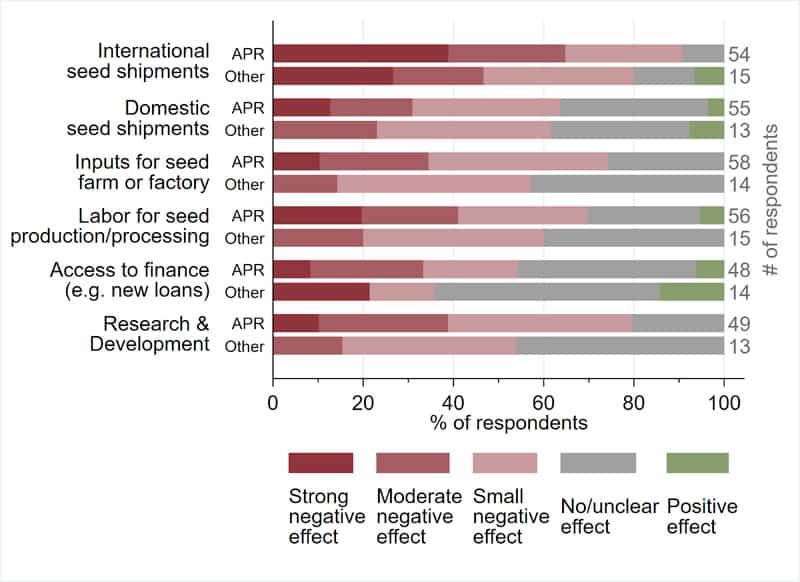 Figure 4. Effect of COVID-19 lockdown measures on seed company business during May 2020 for APSA members in the Asia-Pacific Region (APR) and in other regions (“Other”)

Shoring up the seed supply chain

Seeds are an essential part of agricultural production and food supply chains. Restrictions on the movement of seed, bottlenecks in logistics, shortages in manpower, and/or delays in research and development can have knock-on effects and threaten food and nutrition security. It is crucial that farmers are assured access to quality seeds and other essential inputs well in advance of the next sowing season. Conventionally, vegetable seeds need to be in stock at least 30 to 45 days before sowing; however, as the survey and webinar indicate, producers, exporters and importers are struggling to supply seed in a timely manner and are incurring significantly higher costs.<

Likewise, downstream trade in food commodities has also been affected. According to the Food and Agriculture Organization of the United Nations, logistics bottlenecks have reduced the market supply of high-value food commodities such as fruits and vegetables and prices of many food items have fallen during the pandemic. High input costs coupled with low or uncertain market prices are bad for smallholder farmers, many of whom have struggled to recover production costs, and may therefore reduce sowing in the coming season.

The seed industry needs to be flexible and responsive to the “new normal” of business in a post-Covid world. The pandemic has changed the way seed companies operate, as highlighted in the survey and webinar. Seed company managers offered various suggestions to adapt and cope, including:

Looking ahead, although the negative effects of COVID-19 lockdown measures appear to be easing, strong collaboration between the public and private sectors will remain crucial in securing seed supplies to farmers and ensuring food and nutrition security. On the bright side, this crisis has presented a number of opportunities for seed companies to ‘shore up’ and strengthen their networks, consolidate resources and optimize operational efficiency. In addition, there is an opportunity to streamline official procedures related to phytosanitary clearance and plant variety registration by adopting digital tools. Examples include the ePhyto (electronic phytosanitary certificate) platform and online national and regional databases for checking import conditions and registering plant varieties. Digital platforms and electronic media will become more commonplace in the seed industry’s “new normal”, but one thing that won’t change is the value of people. Above all, the seed industry must continue to support its personnel, customers and farmers as end users.

The first round data are explained here. The second round was collected from 18-29 May 2020, with 74 respondents completing the survey: 59 came from countries/territories of the Asia-Pacific region with most coming from India (14 ), Japan (7) and mainland China (6) and others coming from Hong Kong SAR, Chinese Taipei (Taiwan), Thailand, Bangladesh, Pakistan, New Zealand, Indonesia, South Korea, Vietnam, Australia, Malaysia, the Philippines, Sri Lanka, Turkey, Singapore and Afghanistan.The 15 responses from countries outside of the region included Brazil, Chile, Denmark, France, Italy, South Africa, Spain, United Kingdom and the United States. The summary results can be downloaded here.
_ _ _