Approximately 870 million people suffer from food insecurity worldwide. This figure is especially striking as many live in areas where there is a considerable gap between potential and actual production. Many live in regions where crop yields are very low and malnutrition is rampant. This situation will be further exacerbated by anticipated climate change, population growth and changing diets due to urbanization. The UN has repeatedly stated that food insecurity is the single greatest solvable problem facing the world today.

‘Soil fertility as a proxy for nutrient cycling mechanisms determines the quality and productive capacity of the soil, and consequently the quality of food.’

Interest in soil fertility issues has recently increased among policymakers, leading to several (political) declarations that emphasize the importance of soil quality for sustainable development. However, despite these actions, soil nutrient depletion is continuing and sometimes worsening in developing countries. Unlike other forms of environmental degradation, e.g. physical soil degradation  such as gullies and landslides, pollution, cutting down tropical forests, etc., declining soil fertility is often invisible and, when it does become visible through cascading effects, it is often too late. Restoration is then only possible at very high cost. This is why immediate action is needed to fill the yield gap and stop further deterioration of the poverty gap.

According to many a systemic change in agriculture is urgently needed to counter current threats. Key players in the required transition are smallholders. They have been and will continue to be the worlds’ largest food producers. Paradoxically, they are also the vast majority of the billion people suffering from hunger and malnutrition.

In our view, new approaches to increase the productive capacity of soils should be based on Integrated Soil Fertility Management (ISFM). This includes the application of both mineral fertilizers and organic manures. Subsequently, ISFM should be supplemented with site-specific interventions and a better match between supply and demand of (locally available) nutrients to make the best use of available resources, reduce environmental impacts and enhance green economic growth.

In other words, the integration of the previously separate worlds of supplies of inputs, local interventions and recycling of nutrients is what is needed. We expect that this will increase the use of nutrients, their efficiency and, most importantly, volumes of agricultural produce.

The third edition of the Wageningen Soil Conference “Soil Science in a Changing World” was held from August 28 until 31, 2017. As in previous editions, the aim was to discuss the importance of soils and the developments in soil science in the light of the global issues of food security, water resources, biodiversity loss, »

Enhancing the knowledge and raising awareness about uses, challenges and potentials of organic nutrient sources was among the core objectives of a regional workshop by the Fertile Ground Initiative and CIAT held in Nairobi early September 2016. »

The Fertile Grounds Initiative (FGI) in collaboration with the International Center for Tropical Agriculture (CIAT) and the F&BKP is organizing a workshop on “Composting for Sustainable Agriculture: Facts, myths, potentials and business opportunities”, in Nairobi, Kenya on September 12 and 13, 2016. »

Land rights are crucial but not the ultimate solution
Theme: Soil Management

Last article in the IYS 2015 series. Land rights and investments in soil improvement are closely related. Land-owners or long-term tenants are definitely willing to invest in soil fertility and erosion prevention, but land ownership or tenancy alone is not a panacea. »

Sixth article in the IYS 2015 series. Success stories from Nigeria, China and Ethiopia have proven that it takes 20 years to turn deforested and depleted soil back to green and fertile land, giving its people a future again. Ensuring farmers ownership of trees and land is crucial. »

Fifth article in the IYS 2015 series. The first drones are already flying over potato, wheat and soya crops. By combining drone-recorded imaging with soil scans, growers are able to target their fertilizing much more precisely than before. This method has great environmental advantages as some plots of soil require far less fertilizer than others. »

Fourth article in the IYS 2015 series. Many of the world’s deltas and coastal regions are slowly subsiding, often through water abstraction. Rehydrating the land can combat subsidence. But only if governments and farmers are prepared to act. »

Too much fertilizer, too many brambles
Theme: Soil Management

Third article in the IYS 2015 series. Excessive levels of nitrogen in the soil due to artificial fertilizers are degrading natural habitats all over the world. Using less artificial fertilizer and eating less meat will help alleviate the problem – although the effects won’t be seen any time soon. »

Second article in the IYS 2015 series. Nowhere is soil fertility deteriorating as rapidly as in Africa. The looming catastrophe is attracting increasing attention but the way in which African farmers can best revitalise their land has become the subject of fierce debate. »

First article in the IYS 2015 series. Should you dig your garden or plough your fields or not? An increasing number of allotment holders and farmers have stopped tilling. It saves on hard work and soil life stays intact. But it makes things easier for fungi and weeds. »

The 68th UN General Assembly declared 2015 the International Year of Soils (IYS 2015) and nominated FAO to implement the IYS 2015, within the framework of the Global Soil Partnership and in collaboration with governments and the secretariat of the United Nations Convention to Combat Desertification. »

A new report is available, entitled “Strategic partnership for the Fertile Grounds Initiative“. It provides an overview of African networks and institutions working to improve soil fertility and lists relevant national, sub-regional and Pan-African programmes by governmental, private sector, academic and civil society organizations. It provides the Fertile Grounds Initiative with ideas to build strategic »

The Fertile Grounds Initiative (FGI) was designed as a coordinated strategy of collaboration between actors in nutrient management at various spatial scales. FGI is based on eight subcomponents, which  bring together the supply and demand of nutrients within a specific geographical area to make optimum use of site-specific interventions and available nutrients, supplemented with external »

The Office has commissioned  the Royal Tropical Institute (KIT) to conduct a Soil Fertility Exploratory study to map primary stakeholders and explore possibilities of strategic partnerships and emergent thematic priorities, especially in Africa. The study is conducted by a team composed of international experts, including a renowned African scientist on soil fertility. The final report will »

The F&BKP is preparing a desk study on soil fertility, in close collaboration with its partner the Fertile Grounds Initiative (FGI), an emergent network that addresses the problem of declining soil fertility.  The study should provide insight into active international, regional and local networks, institutional ‘entrances’ (e.g. identification of situations with a high sense of »

On December 13, 2013, an expert meeting was organized by Alterra and Agri-ProFocus, during which 36 representatives of business, science, civil society and policy contributed to a lively discussion about the importance of soil fertility in development projects. Goal of this expert meeting was to: Discuss the preliminary outcome of the project “Soil Fertility in » 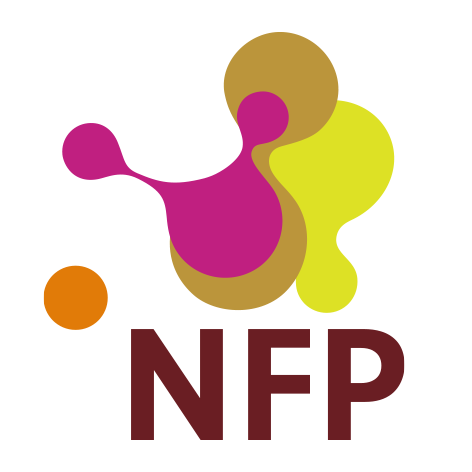 The F&BKP is continuing in Netherlands Food Partnership: information on all ongoing activities is available at the NFP website.
Fertile Grounds Initiative (FGI)
»
A conserted action to improve soil fertility, increase yields and adapt to climate change
FGI is based on 4 pillars of activities: strengthening networks; knowledge management; case studies; and upscaling, of which case studies is the most prominent activity. Case studies are presently performed in Uganda, Burundi and Ethiopia and are used to validate, evaluate and modify (lessons learned) the approach. In each country local taskforces identify and select the case studies. As a general model for the case studies FGI collaborates with existing projects so as to increase efficiencies and to involve more stakeholders.
The project is managed by Alterra, Wageningen University and Research Centre in the Netherlands and is financed by the Ministries of Foreign Affairs and Economic Affairs. Co-financing is obtained from collaborating projects.
»
FGI Newsletter #2
Fertile Grounds Initiative (July 2017)
»
FGI Newsletter #1
Fertile Grounds Initiative (December 2015)
Read more about Soil Management
»
Theory of Change workshop in Ethiopia
Fertile Grounds Initiative (November 24-25, 2014)
»
Soil Fertility in a Changing World
Results of Roundtable discussions in Wageningen - in Dutch (December 13, 2013)
»
Global Soil Partnership for Food Security and Climate Change Mitigation and Adaptation
Soil fertility from the perspective of the Global Soil Partnership (2012)
»
Soil – a key resource for the EU
Soil fertility from the perspective of the European Union (2010)
International Year of Soils (IYS2015) - series of articles
»
ImpactReporters and Kennislink series of articles
To contribute to the objectives of the IYS 2015, the F&BKP commissioned ImpactReporters to publish seven background articles on themes related to international soil and land use and enhancing food security. The articles will focus on a broad target group in the Netherlands; the first article will be available soon on Kennislink and this website.
»
Land rights are crucial but not the ultimate solution
Seventh article in the IYS2015 series, by Han van de Wiel
»
Nigerian farmers are cherishing their trees again
Sixth article in the IYS2015 series, by Marianne Heselmans
»
Precision fertilizing using drones and scanners
Fifth article in the IYS2015 series, by Marianne Heselmans
»
Potato takes precedence over combating subsidence
Fourth article in the IYS2015 series, by Stijn van Gils
»
Too much fertilizer, too many brambles
Third article in the IYS2015 series, by Marianne Heselmans
»
Nutritions for depleted African soils
Second article in the IYS2015 series, by Hans van de Veen
»
Think twice before ploughing
First article in the IYS2015 series, by Marianne Heselmans
Knowledge Portal items on Soil Management
Farming crops with rocks to reduce CO2 and improve global food security
Phys (February 19th, 2018)
How can we measure the health of soil simply and cheaply?
CIAT (March 16th, 2018)
Developments in the remote sensing of soil erosion in the perspective of sub-Saharan Africa. Implications on future food security and biodiversity
Journal Remote Sensing Applications: Society and Environment (January 7th, 2018)
Modeling smallholder farmers’ preferences for soil management measures: A case study from South Ethiopia
journal Ecological Economics (November 28th, 2017)
Rooting for food security in Sub-Saharan Africa
journal Environmental Research Letters (November 17th, 2017)
Read more