The World Development Report 2015 Mind, Society and Behavior takes on an interesting perspective. Contrary to previous WDRs, based on the economic assumption that human beings are rational beings, the WDR2015 points to the limited rationality of human thinking and how this is reflected in their behavior.  The goal of the report is a better understanding of the human actor in development practices. This can be realized by making better use of the insights of behavioral sciences and the experience built up by the private sector in applying those insights in practice. Therefore, a dialogue about these insights and their application in practice between the public sector, the private sector and the behavioral sciences could pave the way to increasing the impact of development practices. Experience in the field of gender equality presents itself as a source of inspiration.

Ryan Muldoon (presenter) is a Core Author of the 2015 World Development Report“ Mind, Society and Behavior”.  He is a Senior Research Fellow in the Philosophy, Politics and Economics program at the University of Pennsylvania. In August 2015, he will be an Assistant Professor of Philosophy at the University at Buffalo. Previously, he was a Post-Doctoral Fellow of Science and Values at the Rotman Institute of Philosophy at the University of Western Ontario. He received his PhD in Philosophy from the University of Pennsylvania, and his BS in Philosophy and Mathematics from the University of Wisconsin. His primary research investigates how we can turn the challenge of increasing diversity into a resource that can be tapped for our mutual benefit. Specifically, he investigates how more diverse societies can be more just and have greater scientific and material success. His secondary research focuses on the nature and dynamics of social norms, with particular application to development policy.

Inge Hutter (member of the experts panel) is presently dean of the Faculty of Spatial Science and professor of demography of the University of Groningen. As from 1st August 2015 she will be the rector of the Institute of Social Studies in The Hague. In previous positions she used to be vice-dean of the Faculty of Spatial Science and  director of its Urban and Regional Studies Institute (USRI), coordinating research projects in the field of urban and regional planning, demography and human and economic geography. From January to August 2009, she enjoyed a part-time sabbitcal in which she (together with Monique Hennink and Ajay Bailey for Sage) wrote a book on qualitative research methods, at NIAS in Wassenaar. As regards demographic research, she mostly conducts and supervises action-oriented research projects. A strong focus in her research work are cultural aspects of reproductive health. Working together with local NGOs, research institutes and universities in India and Bangladesh, Inge has conducted and instigated many research projects and a health educational campaigns based on research results. Inge was appointed professor of demography in 2004. Her inaugural lecture was titled ‘Cultuur als perspectief’ (Culture as perspective).

Ruerd Ruben (member of the experts panel)  is professor and coordinator of the research programs on food security, value chains and impact assessment at LEI-Wageningen University, The Netherlands. His research concerns the prospects for smallholder participation in tropical food value chains, the effectiveness of rural cooperative organizations and the impact of fair trade certification in value chains. Ruerd lived and worked for 14 years in Central America where he was engaged in programs of land reform, cooperative development and smallholder agriculture. He later coordinated multidisciplinary research and training programs at Wageningen University on food security and sustainable land use in several sub-Saharan countries and was a visiting research fellow at the International Food Policy Research Institute (IFPRI) in Washington, D.C. He was, previous to his current role, the director of the independent Policy and Operations Evaluation (IOB) department at the Netherlands Ministry of Foreign Affairs and professor in Development Effectiveness at the Centre for International Development Issues (CIDIN) at Radboud University Nijmegen.

Dorine van Norren (member of the experts panel)  is currently working on a PHD regarding the Sustainable Development Goals and nonwestern theories of wellbeing. Previously, she was the Executive Secretary for the Commission on Development at the Advisory Council on International Affairs (AIV). Before that she was a diplomat on Dutch-American affairs, and in Turkey, Sri Lanka as well as on South Africa. She has a background in international law, and has worked in Sri Lanka and Turkey.

Roel van der Veen (moderator) is a scientific counsellor of the Netherlands Ministry of Foreign Affairs. Simultaneously, he is a professor of international relations at the Universities of Groningen and Amsterdam. His research is mainly focused on Africa and Asia. In his book “Africa, from the Cold War to the 21st Century” he presents an unorthodox view on recent African history and particularly its development issues. Asking himself the question ‘Why do things always go wrong in Africa?’ Roel provides an extensive summary of developments over the past half-century – the time in which most African countries gained independence.  His conclusion is that many times centuries-old African traditions stand in the way of development. The book was translated in English, French and Chinese. 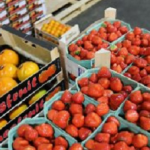 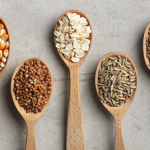 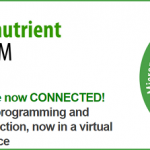 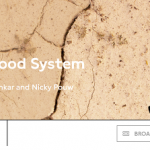 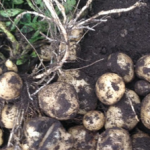