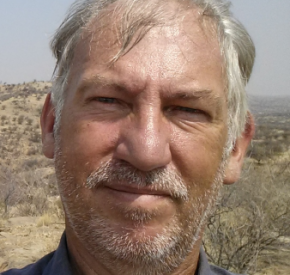 From the start of his career, Huub Löffler was involved in international collaboration. At first, the collaboration focused on resistance breeding, especially with Indonesian partners. A shift towards food security and Africa was boosted by the participation in the directorate of a study into food security in Africa. This study was committed by the InterAcademy Council at the request of Mr. Kofi Annan, and co-chaired by Rudy Rabbinge, MS Swaminathan and Speciosa Kazibwe. He was a coordinating member of the follow-up committee of this initiative. Building on this expertise, he chaired several workgroups advising the Dutch policy on Agricultural Research issues. He is chair of the Board of ICRA, member of the Governing Board of the Joint Programming Initiative FACCE, member of the Board of Agrinatura-EEIG and member of the BENEFIT Advisory Board. He coordinated the H2020 PROIntensAfrica project, aimed at aligning and expanding Europe-Africa scientific collaboration on Sustainable Intensification and Food Security. He was one of the editors of the lustrum book: ‘Food for all: Sustainable nutrition security’. He is chairing the Wageningen Interdisciplinary Research and Education Fund (INREF), and is regularly guest lecturer on Food Security.